How to Accept Criticism with a Smile

Today I submitted the first chapter of my book to a critiquing group called "Destructive Readers" on reddit.com.  I've read some of the harsh, no-nonsense critiques they give, and I was nervous about what they would say about my debut novel.  Since it's still very much a work-in-progress, I expected it to be bad, and it was.

But not as bad as many of the others I have seen.  I was worried that their words would cut me like a knife and bring tears to my eyes.  My book is like my baby, and hearing anything negative causes me to get defensive.  Thankfully, it wasn't that bad.  I didn't cry, nor did I get my feelings hurt.  The main reason for this is that once someone pointed out the mistakes I couldn't see, I IMMEDIATELY saw them.  They weren't being mean, they were being honest.  My novel still needs work, but that's normal.  It's basically still a draft, since all I did in my first revision was fix the spelling and grammar errors.  I needed people to help me see my work for what it was.  Unfortunately they only critiqued the first chapter, so I still have a lot of mistakes to find and fix.

I've also had two beta-readers that are in my target audience finish the entire story.  They both loved the story and cried at the end, and said that they didn't want the story to end and couldn't wait for the sequel.  I can't describe how happy I feel right now.  I've written a book.  People have read it.  People have liked it.  I had a client at work say that they want to buy it as soon as I publish it.  This is my life!  I have a lot of hard work ahead of me, but it's very enjoyable, and I've never been happier!  Thanks again to everyone who is helping me accomplish my dreams! 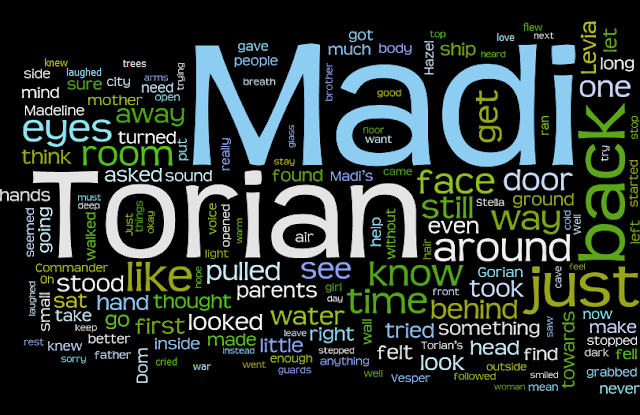